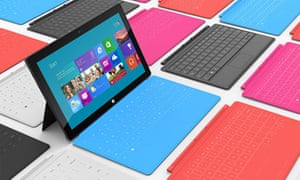 When the Environmental Film Festival in the Nation’s Capital made its inaugural run 23 years ago, anyone who still thought a footprint was only a mark to be scrubbed off a floor likely regarded the fest’s attendees not as “environmentalists” but as “tree huggers”—pot-smoking hippies and high-on-life idealists.

In 2015, society is significantly less disparaging about those trying to help our planet, and increasing numbers of erstwhile mockers have jumped aboard. So it’s no surprise that the EFF is now the largest of the District’s many film festivals, as well as the longest-running environmental film fest in the country.

Today through March 29, the fest will screen more than 160 films on topics like climate change, animal extinction, green space, fracking, water pollution, transportation, and sustainability. Regardless of where your primary environmental interests lie, EFF will probably have your jam.

The opening night feature is Bikes vs Cars (above), a look from director Fredrik Gertten (Big Boys Gone Bananas!) at an international battle that’s unlikely to be settled soon—because it involves politics and money, and most government officials have yet to ditch their greed-is-good training wheels.

There’s an Oscar nominee on the slate, too: Virunga (top), a heartbreaking and compellingly dramatic call to action about a group in the Congo dedicated to save the last of the mountain gorillas. It didn’t win a statue, but it surely made an impact.

If you prefer your sources of outrage to hit closer to home, Just Eat It: A Food Waste Story will have you dumpster-diving as soon as you leave the theater. The mountains of edibles deemed unfit for sale in U.S. stores—because they aren’t pretty enough, or have hit their “best by” dates, or have some other minor fault—and tossed in the trash is dumbfounding, and may make you queasier than if you did eat out of a garbage can.

The festival’s selections boasts roots from around the world, but D.C. gets some love in two shorts, The Anacostia River: Making Connections and Green Roofs: Riversmart Rooftops.

The latter sometimes feels like a dry how-to video as it explains the components of rooftop gardens, but it’s still lovely to glimpse the greenery that you may not realize is above you whenever you ditch the car for a walk.

Making Connections is more gripping, however, especially if you’re unfamiliar with the other river in your backyard. Commentators use words like “tranquility,” “calm,” and “peace” to describe how it felt to canoe down the Anacostia when they were young. Then came the neglect, with piles of trash and other pollutants replacing blue herons, vibrant flora, and kids actually playing in fresh air, leading the Anacostia to be named one of the 10 dirtiest rivers in the country. The people interviewed in this doc say the sick river is reflective of a sick community. But this story ends with proof of years-long proactivity to revitalize the area, efforts that too few toxic environments ever undergo.

Making Connections was helmed by D.C. native Liz Norton, but she’s not the only local with contributions to the fest. Other directors include Harriet Getzels and Peter Getzels (Penguin Counters), Ryan Killackey (Yasuni Man), and Alice Day and Lincoln Day (What We Have Left Behind in Iraq and four other shorts). Represent!

Many of EFF’s films are free, including 27 you can watch online on the EFF website. (One goofy short you may want to view at home—the better to LOL as you wish—is Plastic Bag, which anthropomorphizes one of these environmental pests and portrays it falling in love with its human “maker.” It’s a ridiculous concept, made more so by the bag’s voice actor, who is indeed the usually pretentious documentarian he sounds like. Hint: His initials are W.H.)

With approximately 55 venues presenting the films, there’s sure to be at least one convenient location near your home or work. I suggest leaving your car behind.